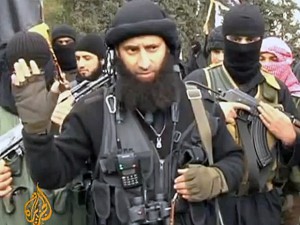 More than 40 Syrian insurgent groups vowed to attack Russian forces in retaliation for Moscow’s air campaign in a show of unity among the usually fragmented rebels against what they called the “occupiers” of Syria.

The 41 groups, which included powerful factions such as Ahrar al-Sham, Islam Army and the Levant Front, said Russia joined the war in Syria after President Bashar Assad’s forces were on the verge “of a crushing defeat.”

Russia launched its air campaign on Wednesday and claims it’s targeting the ISIS and al-Qaeda’s Syrian affiliate, the Nusra Front. But many of the strikes appear to have hit Western-backed rebel factions.

The Russian attacks have largely focused on the northwestern and central provinces — the gateways to the heartland of Assad’s powerbase in the capital, Damascus, and on the Mediterranean coast.

The Russian intervention was widely criticized by Syrian opposition groups and activists especially since Moscow once played the role of a mediator hosting rounds of talks between the Syrian government and its opponents.

“This new reality requires the region’s countries and the allies in specific to hasten in forming a regional alliance to face the Russian-Iranian alliance that occupies Syria,” the 41 factions said in a statement released by Ahrar al-Sham. It was apparently referring to backers of the opposition such as Turkey and Saudi Arabia.

The Britain-based Syrian Observatory for Human rights said warplanes believed to be Russian have targeted the northern town of Al-Bab that is a stronghold of the ISIS. It said the airstrike left “a large number” of casualties.

Earlier in the day militant websites report that Syria’s Muslim Brotherhood declared a fight against the “sheer Russian occupation of Syria” is a legitimate duty for everyone capable of carrying weapons.

The Brotherhood’s media chief Omar Mushawah was quoted as saying that “we as Muslim Brotherhood group confirm that we are witnessing a sheer and clear Russian occupation” and that “resisting the occupier is a legitimate duty.”