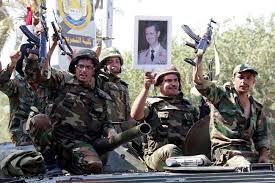 The Syrian military has recently started using new types of air and ground weapons supplied by Russia, a Syrian military source said on Thursday.
The source described the weapons as highly accurate and effective, adding that the army had started using them in recent weeks having been trained in their use in Syria in recent months.
“New weapons are being delivered, and new types of weapons. The Syrian army is being trained in the use of these weapons. In fact, the army has started using some of these (weapon) types,” the source said in response to a question about Russian military support.
“The weapons are highly effective and very accurate, and hit targets precisely,” the source told Reuters.