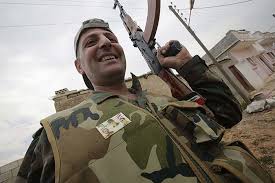 The Syrian Army retook control of seven towns in the northern province of Hama and in various localities in Daraa province, according to military sources.

The sources continued that units from the Armed Forces, in cooperation with Peoples Defense, dismantled squads of militant extremist groups who held civilians hostage in those regions.

According to the sources, Zor Srihen, Al Makttut, Jinan and Al Sarmiyeh, Rabbon, Al Majraz, and  Al Muradyah towns were fully liberated in the operations, which were hard due to weather conditions and the strong presence of militant extremists in the region.

The areas had previously been controlled by the Army of Conquest, also known as Jaish al-Fatah, whose positions in northern Hama and in Idlib province were heavily bombed by the air forces and the artillery.

Meanwhile, Syrian regime army attacks in Daraa province were concentrated in the northeastern part of Atman city, and mortar launchers, mine fields, and hideouts were destroyed.