You are here: Home / MidEastGulf / Syria warns Qatar (with Saudi Arabia and Turkey) not to intervene in crisis 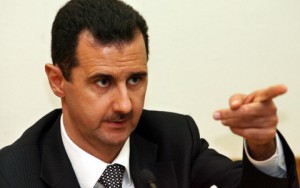 Syria has warned Qatar of a “harsh response” after Doha threatened that it may intervene militarily in the Arab country.

“If Qatar carries out its threat to militarily intervene in Syria, then we will consider this a direct aggression … Our response will be very harsh,” Mekdad was quoted by the Lebanon-based al-Mayadeen television as saying.

On Wednesday, the Qatari foreign minister said his country would consider launching a military intervention against the Syrian government “with our Saudi and Turkish brothers.”

“If a military intervention will protect the Syrian people from the brutality of the regime, we will do it,” Attiyah said.

However, Attiyah added that Doha preferred political dialog from a “position of strength.”

The remarks by Qatar comes as Doha, and a number of its Arab neighbors, namely Saudi Arabia and Turkey, and their Western allies, have been angered by recent advances made by the Syrian army against Daesh, as well as airstrikes carried out by Russia, which have been targeting terrorist positions in the country since late last month.

On October 19, different militant groups fighting Damascus admitted that they had received supplies from countries opposing Syria, including the US, via neighboring Turkey as recently as October 16.

Syria has been embatteled in a civil war since March 2011, which has claimed the lives of more than 250,000 people so far.