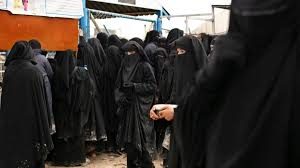 Up to 100 ISIS members escaped Al Hol camp in eastern Syria on Wednesday, as concerns over the security of prisons under Kurdish control grew a week into a Turkish offensive in north-east Syria, like reported by thenational.ae.

A western diplomatic source told The National that dozens escaped from the camp’s “annex”, where many of the most dangerous, foreign ISIS members are held.

The camp has a population of more than 60,000, most of whom are displaced people from Iraq and Syria.

Yet more than 10,000 foreign women and children are also housed in the secure annex. The source did not give the escapees’ nationalities.

There has been a wave of attempted breakouts from prisons holding ISIS suspects since Turkey’s “Operation Peace Spring” began last Wednesday.

A spokesman for the Turkey-backed Syrian National Army said that some of the estimated 785 ISIS members who escaped an Ain Issa camp on Sunday were now in their custody in a village close to Tel Abyad.

The French government confirmed that nine French citizens were among those who escaped.

ISIS also claimed another jailbreak near Raqqa on Wednesday during a raid on a “PKK headquarters”.

The formerly US-backed SDF is holding up to 2,000 foreign ISIS fighters in custody, as well as thousands of women and children, in camps and prisons that have been thrown into disarray over the past week.