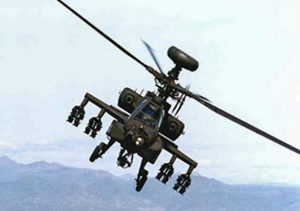 The Syrian Democratic Forces launched a major ground offensive with the support of the U.S.-led coalition to capture the Tabqah dam in efforts to free Raqqa from Islamic State control, like reported by upi.com .

The U.S.-backed Syrian Democratic Forces and its Syrian Arab Coalition fighters are carrying out the latest offensive to further isolate Raqqa, the de facto capital of the Islamic State, also known as ISIL, Daesh and ISIS.

In the attack on Wednesday, U.S. helicopters transported about 500 militia allies and coalition military advisers across the Euphrates River and Lake Assad behind enemy lines so they could attack the Tabqah dam, also known as the Euphrates dam, and a neighboring town in the south where there is a nearby airfield.

“This is the first time we have conducted an air movement, air assault, with the Syrian Arab Coalition and Syrian Democratic Forces,” Col. Joseph Scrocca, a coalition public affairs officer, said during a call with reporters.

Scrocca said there are probably hundreds of IS foreign fighters in the area in which the militias were transported. The Islamic State is still in control of the area, Scrocca added.

“The SDF and our partners there are facing a pretty heavy fight — that’s what makes this type of operation so daring. I think we were lucky we caught ISIS by surprise. They are still reacting to this maneuver,” Scrocca said.

Scrocca said that while capturing the dam and nearby territory is “critical for the isolation of Raqqa and the next step toward an annihilation of ISIS in Syria,” the dam’s destruction “could lead to a severe humanitarian crisis.”

The offensive to capture Raqqa comes as Iraqi security forces are working through west Mosul to rid the city of the Islamic State.

“It is the SDF on the ground, putting their lives at risk, and violently engaging the enemy,” Scrocca said in a statement. “And it is the SDF, like the Iraqi security forces, who are making the sacrifice so that other Coalition nations do not continue to suffer the threat of ISIS terrorism inside our own borders.”

The U.S.-led coalition said capturing and controlling the Tabqah dam will isolate Raqqa from three sides and give the SDF the “strategic advantage needed for liberation of the city.”