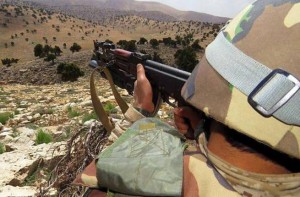 Twelve more rebels have surrendered in a besieged Syrian border city, a source close Hezbollah told The Daily Star Tuesday, as the party and its Syrian army allies inched closer to victory after six weeks of fighting.

He said the allied forces were treading carefully in the town to avoid the many landmines and booby traps that rebels have planted.

The recent surrenders bring to at least 18 the number of militants who have handed themselves over since the weekend.

Of the 12 militants who surrendered since Monday, five were non-Syrian, the source said.

Hezbollah and the Syrian army have been fighting for control of the town since the beginning of July.