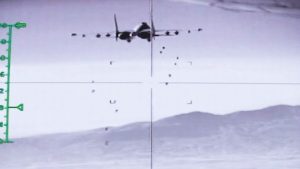 A Turkish army checkpoint was attacked near the village of Kansafra in the southern province of Idlib. Syrian news agency SANA reported, citing The Syrian Observatory for Human Rights (SOHR), that the strike was carried out by the Russian and Syrian air forces.

According to the SOHR, ten people were killed and wounded in the attack and severalTurkish vehicles were destroyed. Russian news agency RIA Novosti reports, citing their source, about 13 dead servicemen.

According to Syrian media, the airstrike was a response to an offensive by Turkish troops and allied militias on the town of al-Nairab, in the eastern part of the province. In total, SANA points out, 120 attacks of the Russian Air Force were carried out in Idlib province during the day.