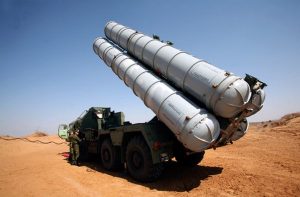 After the forces of Bashar Al-Assad and his allies took control of several areas in Deir ez-Zor province, Iran has attempted to strengthen its military and religious presence in the area, like reported by uawire.org.

However, according to the Euphrates Post which reports on the developments in the area, pro-Iranian militias withdrew from their bases in the cities of Mayadin and Abu Kamal while Russian troops have moved in these areas. Euphrates Post reports that the Russian military arrived on Saturday along with their special forces units and anti-aircraft defense systems.

The newspaper states, citing its sources, that the Russian military intend to deploy S-300 air-defense systems in the area.

Earlier, the Iranian forces withdrew from the Tiyas (T4) military airbase which was their main stronghold.

Iran has been trying to avoid Israeli air strikes on its troops by relying heavily on local militias and setting up its military headquarters alongside the command posts of Russian troops.

Satellite imagery of Iranian facility in the city of Baniyas showed that it was built near a battery of the Russian S-300 missile systems.

Moscow decided to deliver the S-300 anti-aircraft missile to the war-struck region after a Russian military airplane was shot down in Syria. The Kremlin accused the Israeli military of provocation, which resulted in the destruction of the Russian aircraft.

Israeli authorities expressed condolence over the death of 15 Russian soldiers and blamed the Syrian military forces for the incident. In addition, Jerusalem assured that it will continue bombing the Iranian armed forces located near the Israeli border in Syria.