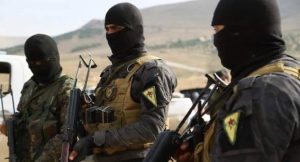 Backed by the US-led coalition, the Syrian Kurdish forces managed to capture a couple of Islamic State (ISIS) members, including a commander, a statement said on Tuesday, like reported by syrianobserver.com.

The militants were captured during a joint operation carried out by the Kurdish-led Syrian Democratic Forces (SDF) special units and Asayish in Tel Brak and Thiban, the SDF media said in a statement on Twitter.

“Two ISIS members were detained, one a commander in charge of a cell,” reads the statement.

The Kurdish fighters in Syria played a key role in the fight against ISIS in the country over the previous years, with the global coalition continuing to provide military and advisory assistance to the Kurdish forces.