You are here: Home / Senza categoria / Syria, Iraq, Libya will cease to exist 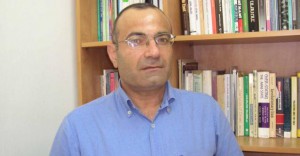 “Sovereign States such as Iraq, Syria and Libya no longer exist nor will they come back.

Observing the world according to the maps on our walls or the borders emerging from the 1921 Sykes-Picot agreement is wrong. Everything has fallen apart”, said Professor Uzi Rabi, director of the Moshe Dayan Institute of the University of Tel Aviv, one of the best Middle East experts in Rome for an academic exchange with the University of Tor Vergata. Rabi is of Iranian-Iraqi origin and speaks perfect Farsi as well as Arabic, Hebrew, English and several other languages.

He has a deep knowledge of the region, in which – he maintained – there are States which have internal cohesion such as Egypt or Tunisia, and others which have vanished and Western policy-makers better realise it soon. “If I look at the map of Iraq I see three different entitites which actually pre-existed the division made by the English and the French on the spoils of the Ottoman Empire: the Shia region, Kurdistan and the Sunni region”.

“If I look at Syria I see an ‘Alawitistan’, an area under the control of Assad’s Alawites now defended by Russians and Iranians, which will likely become a little Syria, a Druzistan (Druze land) on the border with Israel, a Kurdistan, Christian areas in the north and an area held by Isis expanding to Iraq which includes Mosul”.

Professor Rabi believes that Isis is a phenomenon which is destined to last and threaten the world because there is no united coalition fighting the Caliphate’s fundamentalists.

“Each bordering country has its own agenda and priorities even if Isis scares everybody”.

Therefore the Caliphate, which is by definition “anti-state” and “anti-nation” in so far as it recognises the Koran only according to a seventh century interpretation propagated by twenty-first century social networks, is strenghtening and planning further expansions.

“Jordan is the country most at risk and the United States, Israel, Saudi Arabia and Egypt are the only defenders”.

“Also Israelis and Palestinians – added the academic – should reach an agreement because the risk of Isis gobbling down the West Bank is real.

Is Isis an undefeatable phenomenon in the medium term? “No – replied the professor – but there are some missing conditions: a very expensive ten-year plan sincerely supported by all regional actors; an economic war “cutting the hands” of whoever buys oil or any other commodity from Isis; a propaganda war that employs social networks first and foremost; the deployment of Arabic-speaking special forces able to gain the trust of local Sunni tribes; a constant drumming on the imminent likelihood of a conventional war”.