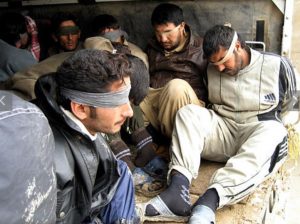 Iranian militias on Tuesday have killed 12 shepherds in the Syrian desert east of Hama province, monitoring group and activists said according to zamanalwsl.net.

The Syrian Observatory for Human Rights (SOHR) reported that 12 civilians were killed and 4 others were missing in the attack in the eastern countryside of Hama.

The Observatory sources have reported that the Iranian-backed militias stationed in Al-Fasedah area in south-eastern Al-Sa’an in Hama desert, opened machinegun fire on civilians shepherding sheep in the area.