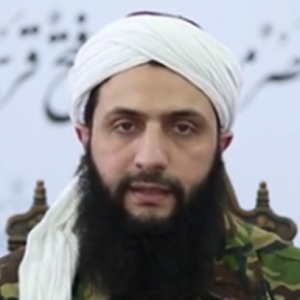 The identity of the leader of Hayat Tahrir al-Sham (HTS), formerly the Nusra Front, is no longer a secret. Last year, Abu Mohammad al-Jolani revealed his real name, and in a recent Frontline interview, he delved deeper into his family background, like reported by middleeasteye.net.

After years of speculation and debate, and bolstered by our own extensive research and interviews, we can now trace how his social upbringing and the broader sociopolitical context shaped his jihadist ideology.

The charismatic leadership of Jolani, who could potentially impact US-Turkish coordination in Syria by playing a key role in deciding the fate of Idlib, has been an essential mechanism of change within Nusra Front and subsequently HTS.

Despite its importance in understanding some aspects of Syrian jihadism, the relative deprivation theory, which argues that economic disparities can be a key factor in rebellion and radicalisation, does not explain how Jolani was propelled to the top of Syria’s most influential jihadist organisation. Jolani was born Ahmed Hussein al-Shara in Riyadh in 1982, and while his father came from a peasant background, he himself was born into an urban middle-class family.

His early childhood and teenage years were spent in an affluent district of Damascus, where he was never imprisoned or tortured by the Syrian regime – developments that tend to breed a desire for revenge among jihadists. This does not fit with the theory of extremism stemming from political stress or state repression.

Family history
Jolani’s father, Hussein al-Shara, an economist born in 1946 in the Golan Heights, was inspired by pan-Arabism and the charismatic leadership of former Egyptian President Gamal Abdel Nasser. In the 1960s, with pan-Arabism on the rise after the successful Baathist coups in Iraq and Syria, he left his country to study economics at the University of Baghdad. He returned to Syria in the early 1970s, coinciding with the so-called Corrective Movement, the coup that brought Hafez al-Assad to power.

Jolani’s father began his professional career as a government functionary at the oil ministry, and served on the local council of Quneitra governorate from 1972 to 1976, according to our research. But as antagonism between the Baathist regimes of Syria and Iraq increased, his political and ideological sympathies for the Iraqi regime ultimately led him away from Syria and towards Saudi Arabia, where he worked in the oil industry.

Much of his time in Saudi Arabia seems to have been dedicated to research, particularly on how to harness natural resource revenues to promote development in the Arab world. His first book, Oil and Comprehensive Development in the Arab World (1983), focused on how the Arab financial surplus could play a vital role in integrating Arab countries into the global economy while maintaining comprehensive development, particularly in the military sector.

His second book, Economic Evaluation and the Future of Development in Saudi Arabia (1983), explored how the oil economy could serve as a credible engine for inclusive growth in the Arab world. A third book, The Saudi Economy in the Process of Basic Infrastructure and Capacity Building (1984), concentrated on the integration of oil and other sectors, particularly industry and agriculture, in promoting vital sectors such as education, construction and transport. A fourth book, OPEC 1960-1985: Major Transformations and Persistent Challenges, was published in 1987.

After he returned to Syria in the late 1980s, Hussein al-Shara was appointed as a consultant on the oil industry to then-Prime Minister Mahmoud Zuabi. As Zuabi planned to reinvigorate Syria’s crippled economy to maximise oil and natural resource revenues, he reportedly convinced al-Shara to return to the public sector and help him put this plan into practice. But according to interviews we conducted, Jolani’s father ended up a victim of administrative injustice after refusing to sign off on illegal economic transactions requested by senior regime officials.

‘Psychology of narcissism’
Al-Shara later opened an estate brokerage, and the family also earned income from a supermarket run mainly by Jolani’s brothers. This economically self-sufficient urban home environment was where Jolani, the youngest of the boys, grew up. The only disturbance in this otherwise quiet childhood was the epithet nazeh (“displaced”), which followed the family everywhere – a constant reminder of their Golan origins.

Classical security and “counterterrorism” studies accord great importance to individual psychological factors as drivers of radicalisation and extremism. This includes the “psychology of narcissism”, which typically intersects with feelings of political alienation. This might help us to analyse Jolani’s personality and its various transformations, both before and after he embraced jihadism.

According to a classmate at the primary school Jolani attended in the Mezzeh neighbourhood of Damascus, Ahmed al-Shara was a thin boy, tidy and academic. He was manipulatively intelligent, but socially introverted. With his father serving as a consultant to the prime minister and his mother working as a schoolteacher, he was expected to be clever, polite and disciplined – to present the best possible image of his family.

From an early age, Jolani thus developed a sense of being different from others, our research indicates. His disciplined childhood gradually gave way to a rebellious personality, causing his grades to fall. He also adopted new lifestyle patterns: his good looks won him the attention of many girls, before he fell in love with an Alawite (who jihadists would consider an infidel). Both families’ rejection of the romance brought it to an untimely end, potentially deepening the rift within his family at a time when Jolani was searching for his own identity as an individual – and prompting him to focus on sectarian divisions within society.

Impacts of 9/11
As with most of his generation, the 9/11 attacks and their aftermath were very influential for Jolani, speaking directly to his psychology. Carrying out an attack against the US – the greatest power in the world – on its own soil was an “exceptional” achievement by “exceptional” people who had decided to change the world. It was as a result of this admiration for the 9/11 attackers that the first signs of jihadism began to surface in Jolani’s life, as he began attending secretive sermons and panel discussions in marginalised suburbs of Damascus such as Hajira, Sbeneh and Drosha.

The US invasion of Iraq in 2003 gave Jolani an opportunity to distinguish himself – to prove that he was cut from the same cloth as Osama bin Laden, who he emulated through the ways he dressed and spoke. It was also a chance to differentiate himself from his father, who loved to reminisce about his own memories of Iraq.

In other words, the son was to do what his father could not. He would not simply watch the news and analyse what had gone wrong as an outside observer. He decided to be in the eye of the storm – to disregard the pan-Arabism that his father had spent his whole life promoting as a counter to what he considered an intellectually bankrupt sectarianism and nationalism. In short, he developed a simplistic ideology capable of mobilising both jihadists and other rebels in wartime.

In 2003, with the support of jihadi logistical networks in Syria, Jolani moved to Iraq, where he joined Saraya al-Mujahideen, a small but infamous jihadist group active in the major city of Mosul. Saraya al-Mujahideen swore allegiance to Abu Musab al-Zarqawi after he established al-Qaeda in Iraq in 2004, which subsequently became the Islamic State (IS).

Jolani was captured relatively early on, in late 2004, and remained in detention until the early months of 2010, preventing him from assuming a leadership position. But according to our research and interviews, he was very good at adapting to local communities in Iraq and their traditions and dialects, particularly in Mosul. This might explain why unlike other foreign jihadists, he was imprisoned at Camp Bucca, an infamous US military detention centre near Umm Qasr, Iraq. Holding a fake Iraqi national ID, he even managed to convince the US inspection committee – made up of Iraqi contractors – that he was an Iraqi citizen.

Rising up the ranks
During his detention, Jolani established close relationships with various Iraqi jihadists who would subsequently become key IS commanders or leaders. After his release, he benefitted extensively from these connections, rising gradually up the ranks within IS while awaiting the opportune moment to pursue his long-term goal.

In mid-March 2011, not long after Jolani’s release, the revolution erupted in Syria. The initially peaceful uprising, which subsequently devolved into an armed conflict, provided a golden opportunity for Jolani and Abu Bakr al-Baghdadi. While involvement in Syria offered Jolani a chance to stand out from the crowd and prove that he could make a difference, it also enabled Baghdadi to revive his decaying organisation and expand outside the desolate reaches of the Iraqi desert.

It was within this context that Jolani announced the formation of the Nusra Front in January 2012. By prior agreement between Jolani and Baghdadi, the formation of the Nusra Front occurred without revealing its organisational ties to IS. They were concerned about repeating the failures of the past, and sought to avoid early blacklisting by the US and other foreign powers.

In August 2011, Jolani crossed the border into Syria, accompanied by a small group of Iraqi and Syrian jihadists. They reportedly brought with them only 60 automatic rifles, which they planned to deliver to jihadist sleeper cells in various Syrian governorates. This was the first page of a long, yet unfinished, chapter of jihadi activism in Syria, in which Jolani has gradually become a central, while controversial, figure.