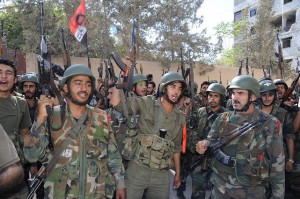 Syrian government forces have fired surface-to-surface missiles and conducted airstrikes on the rebel-held northwestern city of Idlib, killing more than a dozen rebels.

The attacks come amid fears that the government is preparing to retake the city that it lost on Saturday.

Idlib, with a population of around 165,000 people, became the second provincial capital to fall to the opposition after Raqqa, which is now a stronghold of the Islamic State group.

Its capture by several factions led by the al-Qaida-linked Nusra Front underscores the growing power of extremist groups in Syria, which now control about half the country.