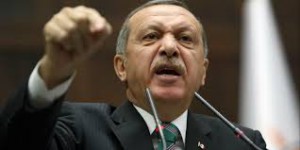 Turkey renewed calls for a safe zone for refugees in Syria on Wednesday as war continues to tear that country apart.

Separately, Syrian state television said the army had fought its way to an airbase near Aleppo that has been under attack from ISIL militants for nearly two years.

Hundreds of soldiers were reported freed from the Kweires airbase, in the most high-profile victory for Syria’s army since Russia launched its air campaign in support of Bashar al-Assad on September 30.

A staunch opponent of Syria’s President, Recep Tayyip Erdogan is expected to use Turkey’s presidency of the G20 to try to persuade allies including Washington against giving Syrian Kurdish rebels a greater role in the fight against ISIL.

Turkey, which opened its air bases in July to the US-led coalition against the so-called Islamic State, sees advances by the Syrian Kurds as a threat to its national security, fearing they could stoke separatism among its own Kurds.

Issuing what he called ‘a friendly warning’ – he didn’t specify to whom – the Turkish president said:

“If you do not take a principled stand against terrorism, at the end this fire will fly back in your face. Those countries who think they are living in confidence and prosperity,should not forget that you never know what can happen tomorrow.”

Speaking at a business meeting in Ankara, Erdogan said Turkey’s allies were coming round to the idea of a no-fly zone in Syria, according to Turkish media reports.

Turkey wants world leaders to discuss Syria and Iraq at the G20 summit it is hosting this weekend.