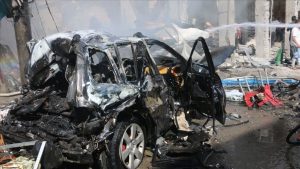 A total of 13 people were killed and 53 others were injured as a result of a car bomb blast in Syria’s northwestern province of Aleppo, a local source told Sputnik.

“A truck bomb explosion killed 13 people and injured 53 others in the city of Al-Bab in the Aleppo countryside in northern Syria,” the source said.

Earlier in the day, the state-run SANA news agency reported that dozens of civilians were killed and injured in the blast, which occurred on the territory controlled by Turkish-backed armed groups.