You are here: Home / Europe / Switzerland to boost crackdown on online terror propaganda 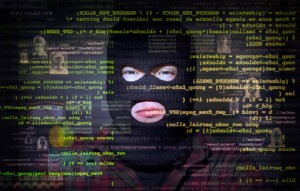 The Public Ministry of the Swiss Confederation is working on a preliminary draft which foresees up to three-year jail term for terror propaganda made on the internet.

Swiss media outlets, according to dailysabah.com, reported on Wednesday that lawmakers are preparing to toughen up the law regulating sentences for terror propaganda on social networks, and to ease condemnation of people responsible for such acts.

The project particularly concerns the online propaganda of terrorist groups such as Daesh or al-Qaida.

The preliminary draft is currently under review of the Federal Office of Justice (FOJ), media outlets reported.

Many European countries have so far criticized Turkey’s war on terror and the implementation of laws condemning online propaganda of terrorist groups, even decrying them as infringements to the freedom of expression, disregarding the imminent threat posed by various terrorist organizations including the PKK and Daesh.

Over the past days, Turkey has detained over 1,500 people for making open propaganda of terrorist groups on the internet. The crackdowns were made on propagandists of terror groups also officially listed as terrorist by the U.S. and the EU.