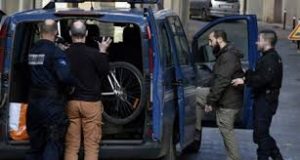 According to a new investigation by Swiss media, a cell of jihadists based in Geneva plotted to bomb cisterns full of oil near the city’s airport in a major terror attack, like reported by letemps.ch.

The plot, which was set to take place last year before being stopped, revolved largely around a man named Daniel D., who also went by the Islamic name Abu Ilias al-Swisri, a convert to Islam who went on to join the Islamic State terror group two years later.

Al-Swisri, now 25-years-old, had attended the Petit-Saconnex mosque where he met two other radicals named “PF” and Ramzi, who would also join his Islamic State terror cell.

In 2015, both al-Swisri and Ramzi took a trip to Syria where they met with a branch of Islamic State and received weapons training. PF, who remained in Geneva, requested to join the two men in Syria but was told by al-Swisri that the group wanted to plot an attack in Switzerland.

Al-Swisri is said to have formed relationships with several more Switzerland-based jihadists, all of whom are currently, like al-Swisri, detained in Kurdish prison camps, and plotted the bombing attack with them.

In 2018, American intelligence sent a warning to Swiss intelligence regarding the terror plot which was said to have been planned for April or May of 2019. The arrest fo two Albanian migrants heading for Geneva is also rumoured to have been a factor in the unravelling of the plot.

Details, however, have remained sketchy due to investigators not wanting to jeopardise the case, with key details being kept hidden until they were revealed this week by Le Temps.

The terror cell is not the first in Switzerland. In 2015 it was revealed that a terror cell was operating out of the An’Nur mosque in the city of Winterthur near Zurich by journalist Kurt Pelda.

As recently as October of last year, eleven suspected jihadists were arrested by Swiss authorities, including five minors.