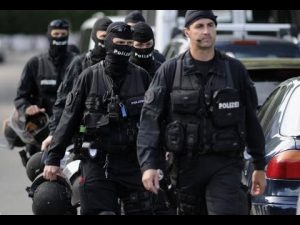 Three men and one woman have been arrested in canton Fribourg as part of two criminal investigations into terrorism activities, Switzerland’s Office of the Attorney General (OAG) has announced.

“The two criminal investigations relate to suspicions of the violation of Article 2 of the Federal Act on the Proscription of the Groups ‘Al-Qaeda’ and ‘Islamic State’ and Associated Organisations… and of supporting or participating in a criminal organization,” the OAG said in a statement on Friday.

The four people concerned are all aged between 26 and 34 years old and hail from the Balkans, the statement continued. One of them is a dual national of Switzerland.

The OAG added that it would not give out any additional information at present “for tactical reasons related to the investigations” and that it would issue a further statement in due course. The presumption of innocence applies to all the suspects, it said.

Friday’s events are in line with the “consistent policy of the Office of the Attorney General of Switzerland of prosecuting anyone in Switzerland who attempts to participate in jihadist-motivated terrorism or to support such terrorism by spreading propaganda”, the statement said. Currently there are around 70 ongoing criminal proceedings related to these issues.