You are here: Home / Africa / Swedish soldiers to fend off pirates near Somalia 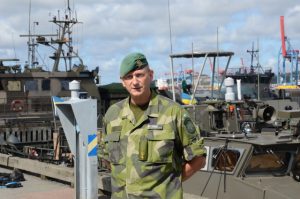 Thirty-four Swedish soldiers are heading to east Africa as part of international efforts to prevent attacks from Somali pirates, like reported by thelocal.se.

The soldiers, from Gothenburg, will be stationed off the coast of Somalia as part of Sweden’s fifth mission to the region.

Two small Swedish combined transport and war ships will be on board the Dutch HNLMS Rotterdam, an amphibious warfare ship of the Royal Netherlands Navy.

“In the first place we are there to escort the World Food Programme’s aid deliveries with supplies to Somalia. But we also have the mandate to intervene and stop pirate attacks and armed robberies at sea,” Major Thomas Olsson, head of the Swedish troops in Somalia, told the TT news agency.

Piracy in the Western Indian Ocean has presented what the EU describes as a “growing threat to security, international shipping and development” since the mid-2000s.

In 2011 at the peak of their activity three years ago, Somali pirates captured more than 30 ships and held more than 700 crew members, according to EU data. The pirates demanded huge ransoms from both governments and private businesses.

The number of attacks dropped dramatically after the international community, including EU as well as China and the US stationed ships in the area. In 2017 eight incidents have been reported so far.

“The biggest risk for us is that there is an accident in the event of severe weather. Those are the usual risks when you are at sea. We know that military forces are a deterrent to pirates,” said Olsson.