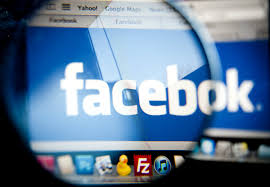 A Swedish man was sentenced to six months in jail last year after using Facebook to publicly raise money for ISIL, like reported by thenational.ae.

Although he was sentenced in November 2017, a long gap in reporting the incident brings more focus on how the social media giant handles its data and related security.

Ahmad Qadan, from the town of Arloöv, a suburb of Malmo in the south of the country, was sentenced in November 2017 after being found guilty of using the social media app to collect money that would have been spent buying weapons for ISIL and Jabhat Al Nusra, according to the Swedish newspaper Expressen.

Qadan posted in May 2013 under a false name, imploring sympathisers to “contact me to equip your brothers in the front!”. The post was on an open page so that anyone who visited could see it. Police were able to match the post to Qadan through identifying IP addresses which he had used.

However, it took Facebook two years to delete the posts only they had been contacted by the Swedish police security agency Säpo, removing them only in June 2015.

“We remove all content that is in breach of our rules when it is reported to us. On occasions we make mistakes. When that happens, we correct them as soon as we are made aware,” Facebook Nordic’s head of communications Peter Münster told Expressen.

Qadan appealed the initial verdict which found him guilty of posting messages calling for “serious acts of violence primarily or disproportionately aimed at civilians with the intention of creating terror amongst the public”.

Hans Ihrman, who prosecuted Qadan, told the newspaper that he understood why it had taken the social media giant so long to remove the posts.

“In an ideal world it would be mandatory to report something like this, which is so irregular, to law enforcement authorities. But I have some understanding of the difficulties with it,” Mr Ihrman said.

The story is another public relations headache for Facebook, which is facing investigation in the US and Britain for its involvement with the data company Cambridge Analytica and over allegations of Russian meddling in the 2016 presidential elections.

On Sunday, a US Democrat Senator Mark Warner said Facebook has not been “fully forthcoming” as the Congress probed into the issue.