You are here: Home / Europe / Sweden to tighten anti-terrorism laws 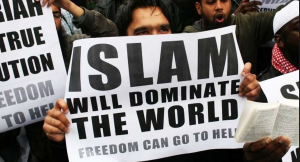 The Swedish Government announced its plans to tighten laws on terrorism in order to counter the radicalization of citizens, a phenomenon that worries the authorities.

Minister for Home Affairs Anders Ygeman said that one of the measures will be to declare illegal all trips abroad for terrorist purposes, as well as applying penalties for participating in training camps and financing.

In an article published by the local press was reported that about 300 Swedish citizens have traveled to Syria and Iraq to join the terrorist group Islamic State of Iraq and Syria (ISIS).

“The security police point to an enhanced knowledge of and potential to commit terrorist acts here too, when and if these people return,” Ygeman said.

He added that special emphasis will be on preventive measures, such as establishing a hotline for those who suspect or fear that a family member is becoming linked to extremist activities.