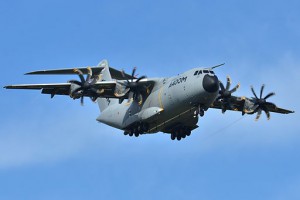 Sweden said on Wednesday it would send a transport plane and logistical support to Mali and other parts of Africa to free up French forces stationed there and let them join the fight against Islamic State.

Ministers said the help could be expanded later – a significant offer for a country that has joined peacekeeping missions but not fought an actual war for more than 200 years.

The move was Stockholm’s response to a French request for help from EU member states following the Nov. 13 attacks on Paris.

“What they immediately … named was what is called ‘back fill’ – that is you add to support, mainly in Africa: the Central African Republic, Mali because it frees up soldiers and resources for them.”

France sent troops to its former colony Mali in 2013 to push back Islamist fighters and expanded its mission to hunt down militants across Africa’s Sahel region.

Wallstrom said part of the reason Sweden was not taking any direct action in Syria was because the position in international law was not clear.

“If there were a U.N. mandate that directly talks about measures in Syria then it would be clearer in terms of international law,” she told a news conference.

Sweden will review its package in the spring and again in autumn to see if it can do more.

“We have framed this as a first package now where we are going in with these measures so we can have an impact as quickly as possible,” Defence Minister Peter Hultqvist told reporters.

Germany has also offered support including reconnaissance jets and up to 1,200 military personnel.