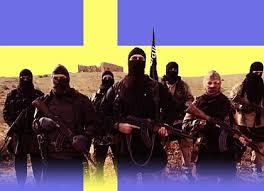 The Swedish Prosecutor’s Office has announced ten new investigations into Islamic State members who have returned to Sweden in connection to allegations of war crimes and crimes against humanity.

Prosecutor Thomas Ahlstrand made the announcement to Swedish media this week saying that National Unity Against International and Organised Crime was conducting the investigations against the suspects who currently live in Stockholm, Gothenburg, Malmö, and Bergslagen, broadcaster SVT reports.

The prosecutor noted that the investigations and potential prosecutions could be a complex affair, stating: “It is another country, language, and culture. It’s not just driving around Raqqa and knocking on doors and asking people if they have seen anything in the parking lot. There is a completely different type of work required and then it becomes much more difficult.”

Sweden has had some issues on what to do with returning Islamic State fighters and members in the past, with some advocating for their reintegration into Swedish society while others, such as terror expert Magnus Ranstorp, have said the government should not let them back in as the country lacks sufficient laws to prosecute them.

According to a new report from Sveriges Radio, Islamic State returnees in the city of Linköping will be reported to the police, no matter what they claim their views toward the terror group are upon their return.

“We will make a police report regardless of the attitude the people have, as they are suspected of being guilty of war crimes,” said Linköping municipal security strategist Håkan Carlberg.

Prior reports have indicated that returnees have been recruiting in underground mosques in the city of Malmö, and others have been found guilty of various crimes following their return to Sweden.