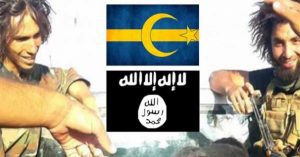 The Swedish security service SAPO says the number of people in Sweden with extremist views has grown to several thousands with sympathies for radical Islam, like reported by ap.org.

Its head, Anders Thornberg, says “we have never seen anything like it” and propaganda from the Islamic State group was a key factor.

He says the figure was in the hundreds a few years ago, adding it was “a historic challenge with extremist environments growing.”

Thornberg told Sweden’s news agency TT Friday that SAPO gets about 6,000 pieces of intelligence every month, up from 2,000 five years ago. He didn’t go into specifics.