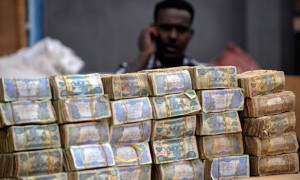 Security agencies are investigating a woman in Umoja, Nairobi, following reports she sends money to her sons who joined Al-Shabaab terror group in Somalia, like reported by standardmedia.co.ke.

The woman, who runs several businesses in Umoja, is on the radar of security agents after it emerged she uses conduits to remit the money to her sons in Somalia. Kenyan Al Shabaab operatives based in Somalia, among them Ahmed Iman Ali aka Abu Zinira, senior Al Shabaab leader in charge of media propaganda Erick Achayo Ogada aka Ibrahim Ogada and Kennedy Yogan Mwok aka Anwar, have been getting their remittances from stalls they own in Gikomba market.

However, following sustained Government operations inhibiting financing from Majengo and Gikomba stalls, some Kenyan terror operatives based in Somalia are now using their families and relatives as conduits of money transfer to Somalia, police said.

“Police have also been following up on their associates and investigations reveal the group based in Somalia has revived old networks by relying on financial facilitation from their relatives in Kenya,” said a police officer pursuing the matter.

The woman is said to be sending money to her son Ogada and some of his kin who are in Somalia. She allegedly manages several properties owned by her sons and herself from which she has been collecting rent and remitting to Somalia to facilitate their terror operations. “The properties, which are registered under her son’s name, include a residential house in Umoja and a one-storey commercial building at Nasra area in Nairobi,” said a police report seen by The Standard.

According to the report, the woman has sent over Sh4 million to her son in Somalia since 2013. She is also believed to own a residential house in Kamulu and a  lorry whose proceeds she uses to complement the remittances from her son’s properties. “Such facilitation has enabled Anwar to participate in previous gruesome attacks within the country, including the June 2014 Mpeketoni attacks and June 2015 attacks in Baure against innocent Kenyans.

In mid-2016, Anwar also participated in an attack on a security facility in Lamu that led to the death of his close associate from Umoja, Omar Patroba Juma, with whom they had travelled together to Somalia,” adds the report. Another kin of Anwar is also on the radar for facilitating financial transfer of funds to Somalia and acting as the main conduit.

She allegedly uses third parties mostly based in Mombasa and Liboi to transmit money to Anwar and her daughter Dorcas Ndombolo Kilingo. Dorcas, who is also a Kenyan Al Shabaab operative based in Somalia, is the wife of Anwar. Some of the money is sent to individuals within Ifo refugee camp or Eastleigh, which is later sent to Somalia. “This has enabled Ogada to stay comfortably in Somalia while engaging in recruitment of Kenyans to join Al Shabaab and planning attacks against innocent civilians.” Another man on the radar allegedly operates an electronics shop in Kitui village (Kinyago Gwang’a) behind Biafra Mosque.

Previously, he used to operate an electronics shop at the junction between Lamu and Digo road in Majengo but later moved to Gwang’a. He is also a clothes trader in Gikomba market.

A team has since been formed to track all the properties owned by terrorists’ kin in Kenya.