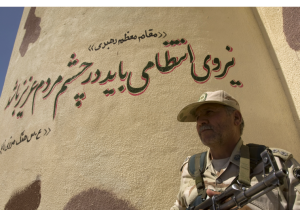 Eight Iranian border guards were killed during a skirmish with rebels in Iran’s southeastern frontier bordering Pakistan in the latest of a series of violent incidents involving Sunni militants opposed to Tehran’s Shi’ite regime, wrote JP.com.

In a Tuesday interview with with the Sistan-Balochestan deputy governor, Iran’s state IRNA news agency reported that “armed terrorists entered Iran from Pakistan…killing eight soldiers before fleeing back to Pakistan.”

The fire-fight, which took place in the Negur district was the most high-profile encounter between Sunni Iranian rebels and the Tehran’s forces since 14 border guards were killed in a similar attack attributed to Jaish-ul Adl in October of 2013.

Another of the Islamic Republics media outlets, PressTV,  reported that three of the attackers had been killed before their flight back across the border.

Iran has been engaged in a quiet but bloody battle against a number of groups which it considers terrorists but who claim to fight for Sunni rights in the region. Many have found relative safety in majority Sunni Pakistan.

On Monday Iran’s Revolutionary Guard claimed to have destroyed a militant cell belonging to one of these groups, adding that the cell had been affiliated with foreign espionage organizations.

In 2014 Iran and Pakistan had agreed to bolster bilateral cooperation against militant groups in the area as well as take on narcotics and human trafficking taking place on their shared borderland.