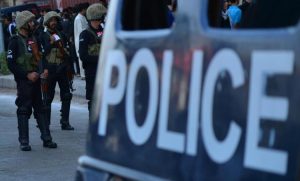 A suicide bombing at a shrine in southwestern Pakistan on Thursday killed six people and left many wounded, a provincial government spokesman said according to reuters.com.

“It was a suicide blast and a police constable was also killed in the blast,” Baluchistan spokesman Anwar-ul-Haq Kakar told Reuters.

He added that the constable was killed while attempting to stop the suicide bomber from entering the shrine.