You are here: Home / Africa / Suicide attacks in capital indicate start of Islamist militants’ campaign against western and civilian targets in Chad 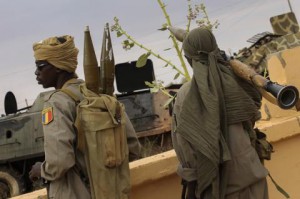 A double suicide bomb on 15 June at the police headquarters and the national police training school in N’Djamena killed at least 27 people and injured 100.

Boko Haram militants were responsible and are very likely to carry out further attacks, probably against civilian targets such as transport hubs and crowded markets to cause mass casualties and force the Chadian government to withdraw troops from Nigeria.

Chad is unlikely to scale back or halt its participation in regional military operations in Mali and Nigeria in the six-month outlook.

The first-ever suicide attack in N’Djamena highlights Boko Haram’s intent to increase its operations in Chad and demonstrate its capability to attack high-value targets in the capital.