You are here: Home / Analysis / Suicidal rivalries in Libya 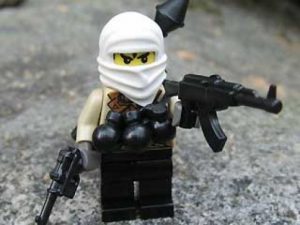 Suicide bomb attacks are not new in Libya but the latest attack on a courtroom in the port city of Misrata could mark a new assault by the terrorists of Daesh, like reported by saudigazette.com.sa.

Three men attacked the court building on Wednesday. At the end of a prolonged gunfight with security forces, two of the assailants blew themselves up. Daesh immediately claimed responsibility. Four people died, including the deputy prosecutor for the town of Sirte. This is the one town where the terrorists took control and from which they were ousted late last year, after a long and bloody fight by the Misratan-led forces.

There is a common terrorism denominator between Libya, Iraq and Syria. In each country the collapse of central authority, compounded by violent power block rivalries, has created a vacuum in which the terrorists have thrived.

The rivalries in Libya are all about power and money and they are in danger of themselves proving suicidal. The country has Africa’s second largest proven oil reserves and a population of just six million. It was the rich prize grabbed by the dictator Muammar Gaddafi. In his 43 years of increasingly demonic rule, he used the money to provide Libyan citizens with a relatively comfortable standard of living but in an economy that was rigged to favor a chosen few. In a state made up of three distinct tribal-based regions, Cyrenaica, Fezzan and Tripolitania, he paid off some tribes to keep others in order. Thus in Fezzan in the south, the Tebu and Tuareg were largely neglected while money was given freely to local Arab tribes. The economic development in the south was extremely limited.

A key to Gaddafi’s governance was to concentrate all power in the hands of a small ruling clique. Though institutions, such as courts, the central bank and investment and development authorities existed, none had any real power. Ministries were staffed by officials who did not expect to be asked to make any major decisions. When Gaddafi was overthrown in 2011, there was thus virtually no effective institutional structure.

Power was transferred to the militias that had defeated the dictator and there it has rested ever since. All the present rivals for power, including the Presidency Council (PC) government of Faiez Serraj, which is backed by the international community, depend for their existence on the support of various armed gangs.

The UN mission in Libya, UNSMIL, has plugged away since 2014, when Muslim Brotherhood gangs took over the capital Tripoli, trying to broker agreement between rival power blocks. All sides refer to the need to combat terrorism, but their failure to come together has enfranchised the terrorists. Since being driven from Sirte – and questions remain about how any Daesh people could have escaped from a town that was supposed to be completely surrounded – they have reformed in the desert to the south. They are also emerging as a force in Fezzan with its border with Algeria, Niger, Chad and Sudan.

With no central government and no proper army, it cannot be expected that terrorism will be defeated anytime soon. Indeed some of the militias now being tasked with fighting the menace are themselves allied with the Muslim Brotherhood and sympathetic to the terrorists. It seems horribly clear that this week’s Misrata suicide attack is likely a prelude to a new bloody terrorist campaign which, at present, Libyans are powerless to smash.