You are here: Home / Africa / Sudanese FM: Participation in Arab coalition forces in Yemen is a principled stand to restore legitimacy 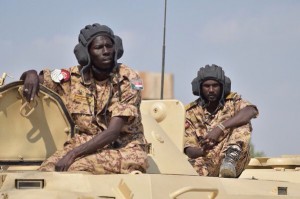 Sudan’s Foreign Minister, Ibrahim Ghandour, has said that his country’s decision to deploy troops in Yemen in support of the Saudi-led Arab coalition is a principled stand to restore legitimacy in Yemen, calling the Kingdom of Saudi Arabia and the Red Sea “a red line area”.

In a statement to the Turkish Anadolu Agency, Ghandour said, “Sudan’s decision to participate in the Saudi-led Arab coalition is to support the legitimacy in Yemen. It is a unified Arab stance supported by the Arab League.” He continued, “The decision came after we realised the seriousness of the situation in Yemen, as the Houthi militants took over the legitimate authority.”

Ghandour reiterated his country’s support to the Yemeni Government to reach political consensus based on the legitimacy principles, pointing out that the security of the Kingdom of Saudi Arabia and the Red Sea is an integral part of the security of Sudan.

Speaking on Saudi-Sudanese relations, the minister said, “They are at their best in history and we strive to enhance these relations in various fields.”

This statement came within days of Sudan deploying hundreds of troops in the City of Aden, in reference to Sudan expanding their participation in the Saudi-led Arab coalition against the Houthi rebels and Ali Abdullah Saleh forces.