You are here: Home / Africa / Sudan, Libya, Chad and Niger border committee to meet in Ndjamena 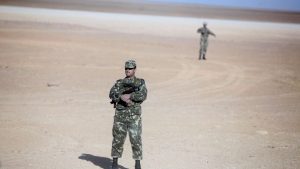 The 4th ministerial meeting to strengthen the security of the joint border among Sudan, Libya, Chad and Niger would be held in Ndjamena on Wednesday, like reported by sudantribune.com.

The two-day meeting would be held with the participation of foreign, defence and interior ministries as well as intelligence services of the four countries.

In a meeting held last April in Niamey, Sudan, Chad, Libya and Niger agreed to “coordinate the actions” of their armed forces to fight against the “transnational crime” in the region.

The four countries agreed “on the establishment of a cooperation mechanism for border security and the fight against transnational organized crime”.

Last June, they signed an agreement in Ndjamena to control and monitor the joint borders.

The political instability in Libya after the collapse of Muammar Kadaffi’s regime impacted negatively the whole region and particularly, Niger, Chad and Sudan.

Al-Qaeda in the Maghreb and Boko Haram pose a serious threat to Niger and Chad while Sudan seeks to prevent trafficking of arms to Darfur and migration of mercenaries to Libya.

The UN-backed force is tasked with policing the Sahel region in collaboration with 4,000 French troops deployed there since intervening in 2013 to fight an insurgency in northern Mali.