You are here: Home / Mediterranean / State of emergency extended four months in Tunisia 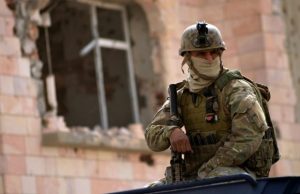 The Tunisian presidency extended on Wednesday the country’s state of emergency for four months, like reported by aawsat.com.

“President Beji Caid Essebsi decided on Wednesday to extend the state of emergency for four months starting from Thursday, June 15,” his office said on Facebook.

The state of emergency has been in place since a November 2015 extremist bombing in Tunis that killed 12 presidential guards.

The ISIS terrorist group claimed the attack as well as bombings earlier in 2015 at the Bardo National Museum in Tunis and at a beach resort near Sousse that killed a total of 59 foreign tourists and a Tunisian guard.

In wake of the attack, the presidency imposed a 30-day state of emergency that it extended on several occasions, sometimes for a month and others for three.

Wednesday’s decision is the first time it is extended to four. The last time the state was extended was on May 16.

The state of emergency gives allows the banning of strikes.

It also allows the interior ministry to place under house arrest anyone whose activities it deems a danger for security or public order.

Authorities would also be allowed to censor the press without obtaining permission from the judiciary.