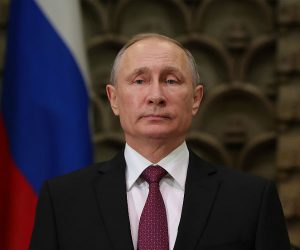 A new program to counter Russian meddling in the 2018 U.S. midterm elections will be unveiled Monday, according to a senior State Department official, like reported by usatoday.com.

The $40 million initiative will battle state-sponsored disinformation and propaganda targeting the U.S. and its interests, Steve Goldstein, under secretariat for public diplomacy at the State Department, told USA TODAY on Sunday.

An official announcement, including details about the program that will be run from the State Department’s Global Engagement Center, will be made later Monday.

The effort was ordered by Congress last summer in response to Russia’s meddling in the 2016 presidential election — and to counter Russian efforts to impact U.S. politics that continue to this day — but was awaiting funding from the Defense Department.

Goldstein acknowledged that the funding took longer than expected, but insisted the delay “hasn’t inhibited the Global Engagement Center from doing its job” of countering state-based efforts to change the U.S. political conversation.

“This administration takes that very seriously,” he said.