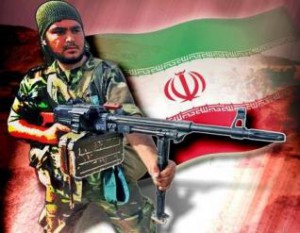 According to the reports, terrorist attacks increased 35 percent between 2013 and 2014.

The state sponsors of terrorism implicated in those reports are Iran, Syria and Sudan. The reports said that Iran’s support for Syrian President Bashar Assad’s regime prolonged the Syrian civil war and worsened the human rights and refugee crisis in the nation. One way the reports said Iran supported Assad was through its mobilization of Iraqi Shia and Afghan fighters. Iran also supported Assad by providing his regime with money and weapons. Some of those weapons were flown to Syria through Iraqi airspace in violation of United Nations Security Council Resolutions.

The reports also mentioned Iran’s support of other terrorist groups like Hezbollah, al Qaeda and Hamas.

The Iran section of the reports concluded by stating that in 2014, Iran “continued to be in noncompliance with its international obligations regarding its nuclear program.”