You are here: Home / Senza categoria / ‘Specialized’ US troops to fight IS in Iraq: defense chief 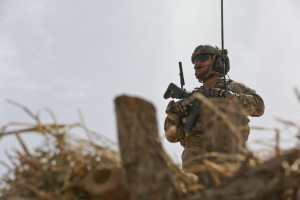 The United States is deploying “specialized” troops in Iraq to fight the Islamic State group, including by leading raids against the jihadists over the border in Syria, Defense Secretary Ashton Carter said Tuesday.

Speaking to the House Armed Services Committee, the Pentagon chief said that a “specialized expeditionary targeting force” was being deployed in Iraq to help Iraqi and Kurdish Peshmerga forces battle IS.

“American special operators bring a unique suite of capabilities that make them force multipliers,” Carter said. “Where we find further opportunity to leverage such capability, we are prepared to expand it.”

He said the special forces would also be able to intervene in neighboring Syria, where Washington has already announced it is sending about 50 special operations troops.

“These special operators will over time be able to conduct raids, free hostages, gather intelligence, and capture ISIL leaders,” he said.

“This force will also be in a position to conduct unilateral operations into Syria.”

Carter also said he was “prepared to expand” the role of its special operations forces in Syria, as he called on international powers to ramp up efforts to defeat IS.

His comments come as the British parliament prepares to debate whether the Royal Air Force should start bombing in Syria.

“The international community — including our allies and partners -? has to step up before another attack like Paris,” he said.

“The more contributions we receive from other nations, the greater combat power we can achieve using our own force.”