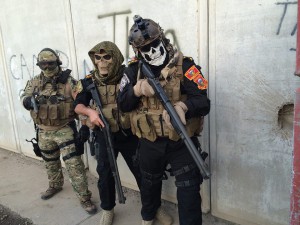 Special Forces assassinated some elements from the terrorist ISIL organization in Mosul city, the center of Nineveh province.

Reliable source told IraqiNews.com “Unidentified gunmen attacked with light weapons on Saturday morning the commander of the rockets regiment at the ISIL organization who is known as (Saeed Hamid) AKA (Abi Abdullah) in Filisteen neighborhood in Mosul city, killing him immediately with his driver and two other guards.”