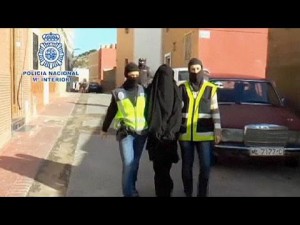 The Spanish police arrested a woman in the Canary Islands on Tuesday accused of recruiting girls to join the Islamic State in Iraq and Syria (ISIS), the Interior Ministry said.

The Spanish woman, who was arrested in Arrecife, Lanzarote, has direct contacts with members of the militant group, according to a statement by the ministry.

Spain has arrested 46 people this year in relation to militant activities and has said it is working to prevent radicalised young Muslims joining armed groups in Iraq or Syria or attacking targets at home.