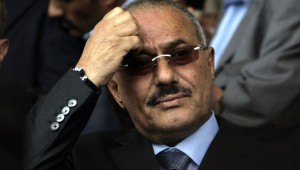 The decision comes after an interview in which a former militant revealed the government collaborated in attacks carried out in 2007. ​Spain’s top prosecutor, Javier Zaragoza, called on Monday to investigate claims of links between the former Yemeni leader Ali Abdullah Saleh and al-Qaida.
The decision comes after an investigation made by Qatar’s Al Jazeera TV network, which revealed in an interview earlier this month that a former member of the designated terrorist group confirmed that Saleh had collaborated with the group. The revelation has sparked the prosecutor’s reaction as one of the case cited by the former al-Qaida member involved the bombing at Yemen’s Balquis Temple by the terrorist group, in which eight Spanish tourist were killed in 2007.
Investigations by Spain’s authorities were closed in 2011 after a group of investigators traveled to Yemen and were unable to obtain further information by the Yemeni government. According to the former al-Qaida militant turned informant Hani Mujahid, he urged the Yemeni intelligence service to stop the attack ahead, before it happened. “I talked to him (chief of the counter-terrorism department). I told him a car bomb was prepared (by al-Qaida) to kill a group of Spanish tourists in the Marib province, in the Balquis temple,” Mujahid told Al Jazeera.
The terrorist-turned-informant also claimed that Saleh participated in al-Qaida’s direction. “Ali Abdullah Saleh turned al-Qaida into an organised criminal gang,” said Mujahid during the interview. The Yemeni leader was strongly backed by the United States, Saudi Arabia and other western nations at the time he ruled the country, and received billions in funding for anti-terrorist operations. Under his rule, the U.S. began a drone-airstrikes program against al-Qaida in Yemen, which – according to cables leaked by Wikileaks – were hidden from the public and Parliament by Saleh’s government.