You are here: Home / Europe / Spain gets 600 tip-offs about possible Islamic extremists 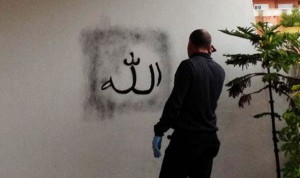 Spanish security officials say they have received more than 600 anonymous tip-offs regarding possible Islamic extremists under a new project set up to better anticipate the threat of attacks.

An Interior Ministry statement on Wednesday said police considered just under half the tip-offs to be of value to security services.

The project launched Dec. 4 allows people to contact the Intelligence Center for Terrorism and Organized Crime anonymously through a website, a mobile app or a free telephone hotline. They are monitored 24 hours a day, 365 days a year.

Spain has arrested more than 90 suspected Islamic extremists so far this year.