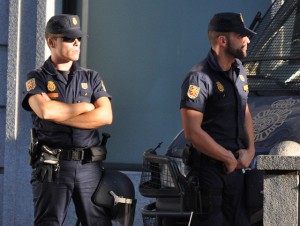 The arrest of the two men, aged 31 and 35, was possible thanks to collaboration with Moroccan authorities, the Civil Guard said a statement.

One of the suspects used a profile in a social network as a platform to spread pro-ISIS propaganda and publicly expressed his support for this terrorist group, by facilitating access to its various publications, including videos and diverse links, the same source added.

Investigators are analysing electronic documents and data seized during this operation in order to reveal possible links with other radical elements.

This brings the total number of people arrested in Spain for terrorism since 2015 to 156, the statement said.