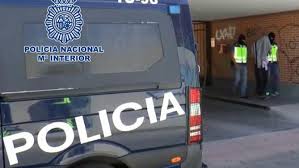 Without providing specifics, a ministry statement says the three were willing to try to carry out suicide attacks similar to others that have happened elsewhere in Europe.

The statement did not name the suspects or specify their gender but said all were detained early Tuesday morning hold Spanish residency.

Spanish police have arrested about 50 suspected jihadi militants and recruiters so far this year.

The ministry has said that 131 people have left Spain to join the Islamic State group in recent years.