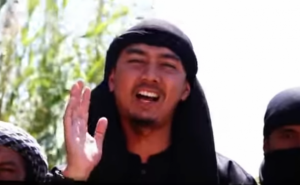 The commander of Islamic State’s (IS) Southeast Asian unit was reportedly killed in Syria on Monday after a bomb exploded prematurely.

The Straits Times reported Wednesday that Indonesian militant Bahrumsyah – allegedly handpicked by al-Baghdadi to lead the Katibah Nusantara, a unit of fighters from the Malay Archipelago – died after a failed suicide attack on Syrian soldiers. IS reportedly confirmed the death via Twitter, although it said the suicide attack by Abu Muhammad al Indonesi – Bahrumsyah’s nom de guerre – successfully caused some damage.

Terrorism expert Ridlwan Habib told Republika that obituaries and prayers for Bahrumsyah were flowing in from Indonesian IS followers on social media.

Indonesia’s elite counter-terrorism unit Special Detachment 88 (Densus 88), however, have refused to confirm Bahrumsyah’s death. Stating that generally deaths of fellow militants are discussed via digital communications, Densus 88 will monitor communications between other Indonesian IS supporters before making an official statement.

Whilst radicalism among Indonesian Muslims has been relatively rare, fears of heightened extremism are on the rise.

The proportion of Indonesians with IS in Syria remains low at only 1.2 fighters per one million of the population compared to Belgium with 40 or Tunisia with 280. A recent report by the Jakarta-based Institute for Policy Analysis of Conflict suggests that participation in extremism by Indonesian women reflects the growing appeal of violent jihad for Muslims in Indonesia.

Protests against Jakarta’s Christian, Chinese governor known as Basuki Tjahaja Purnama or “Ahok”, have also brought radical groups like the Islamic Defenders Front (FPI) to the fore. Whilst not openly endorsing terrorism, hostile and at times violent rhetoric towards religious minorities and questionable funding sources are causes for concern. The largest Muslim organisation in the world, Nahdlatul Ulama (NU), warned of possible IS involvement in last November’s mass rally against the incumbent.

There has also been an upshot in the number of foiled and successful terror attacks in the past year, including a small bomb blast in the city of Bandung last month. Accordingly, the national police under General Tito Karnavian have stated that terrorism and fake news are the two major security threats expected to confront Indonesia in 2017.

Bahrumsyah was one of the first Indonesians to join IS, believed to have departed for Syria in 2014 to join the fight against the Assad Government. This video of him pledging allegiance to IS surfaced in July that year.

In January this year, Bahrumsyah’s third wife Nia Kurniawati was one of 17 Indonesian citizens deported from Turkey for attempting to enter Syria.