You are here: Home / Senza categoria / SOUTHCOM commander: there are more than 100 ISIS members in Trinidad and Tobago 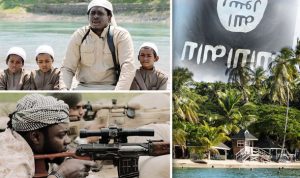 There are more than 100 members of the Islamic State operating on the dual-island nation of Trinidad and Tobago in the Caribbean, the admiral in charge of U.S. Southern Command said, according to stripes.com.

“There are individuals who have been radicalized, where this pernicious message has taken root. That’s a concern to the government of Trinidad and Tobago. They have focused on it and so I think it’s an area that we all have to take under consideration,” Adm. Kurt Tidd told reporters at the Pentagon.

Tidd said other nations in the Caribbean are starting to realize Islamic extremism could be a serious problem in the region.

“I think there was an unwillingness to acknowledge that perhaps they had a problem with radicalization from these extremist messages,” the admiral said. “Now it is a matter of routine conversation that we have in which we recognize, as we saw in our own country, in San Bernardino and in Orlando, as we saw in Nice and as we’ve seen in other countries sadly throughout Europe and the rest of the world, it’s all too easy for radicalization to occur and so it’s something that we must have our eyes open to and be on the lookout for.”