You are here: Home / Africa / Somaliland agrees to UAE naval-military base in Berbera to attack Shia Houthi 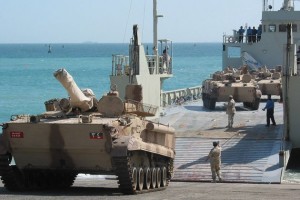 Somalia’s breakaway northern territory of Somaliland has said the United Arab Emirates can establish a military base in its territory, according to ap.org.

The Emirati government in January submitted a formal application seeking permission from the Somaliland government to open a military base in the port town of Berbera.

The parliament of Somaliland on Sunday approved the UAE plan. The plan is controversial and the neighboring countries of Ethiopia and Djibouti are opposed to it, according to local reports.

In Sunday’s vote 144 lawmakers were in favor of the military base, two voted against and two abstained. Nine others opposed to the base shouted against President Ahmed Silanyo and were led out of the chamber by soldiers. Silanyo had spoken in favor of the base, saying it would create jobs in Somaliland.

The UAE government is planning to establish a naval base with warships that would be used to attack Shia Houthi fighters fighting the government in Yemen, according to a Somaliland official who insisted on anonymity because he is not authorized to speak to the press.

Speaking at the parliament session, Somaliland’s president said that the military base would benefit Somaliland most and help create jobs.

The former British protectorate of Somaliland declared a unilateral independence from the rest of Somalia in 1991 and has succeeded in establishing peace and stability. But no country has so far recognized it as an independent state.