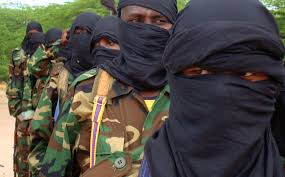 Somalia’s militant group al-Shabaab has increased raids in Mogadishu, taking advantage of the Covid-19 pandemic, like reported by nation.co.ke.

The group has launched fewer attacks outside Somalia in 2020 even though those in the country have been deadly.

Analysts at the Africa Policy Institute in Nairobi, however, say the pandemic coupled with intensified targets have reduced room for manoeuvre.

UN Secretary General Special Representative to Somalia James Swan on Thursday told the Security Council that attacks in Mogadishu have risen significantly since the Covid-19 was declared in the country.

“We are witnessing a worrying upsurge in al-Shabaab attacks in Mogadishu and several other regions,” Swan said.

“The vicious attack on innocent civilians at Elite Hotel on August 16…is a tragic reminder of the continued imperative to improve security in Somalia.”

The attack on the hotel left eight people dead and injured 30 others.

Al-Shabaab fighters first detonated a car bomb before storming the hotel in a siege that lasted four hours. The Somali National Army (SNA) later said all the attackers were killed. Al-Shabaab claimed responsibility.

According to a report released this month by the UN Secretary General, there have been roughly 75 terrorist incidents every month since Covid-19 was reported in Somalia.

Most of the incidents were killings and shootings, explosions and few mortar attacks.

The “Situation in Somalia” report says Amisom and the SNA captured Janaale and Lower Shabelle regions and have been focused on stabilising the recovered areas and consolidating their presence.

In a briefing last week, experts at the Africa Policy Institute said while Covid-19 had initially been good ground for Al-Shabaab propaganda, the group has fallen victim of the pandemic.

In a paper titled “Disease and Terror,” the analysts said the group initially weaponised the pandemic, using it to portray Amisom forces and other foreigners as “invaders” who had brought the disease, driving a wedge between public health officials and civilians.

But as infections rose and countries locked down, Al-Shabaab became a victim of circumstances with some of its members getting infected.

“The virus has also affected Al-Shabaab, splitting its leadership and undermining loyalty to the group. It has adopted own measures to contain the pandemic,” the document says.

“It has reduced radicalisation and recruitment. The militia’s recruitment in public spaces and other offline settings have decreased significantly. Restriction on free movement of citizens and diminished crowded public spaces have weakened Al-Shabaab’s ability.”

The group has been active in and outside Somalia since 2007, opposing subsequent federal governments and their allies.

It is around the same time that Amisom forces were deployed to Somalia. The force has about 20,000 troops and includes soldiers from Kenya, Ethiopia, Burundi, Uganda and Djibouti, each with its own sector.

The withdrawal of Al-Shabaab fighters back to Mogadishu, and the increasing use of ambushes may mean sectors outside the capital could be winning ground against the group.

However, some analysts warned against celebrating yet, saying the group is known for rising from the dead.

Hawa Noor, a PhD student in global governance and regional integration at the University of Bremen, Germany, said recent attacks indicate that it is business as usual for Al-Shabaab.

“It goes quiet then strategically launches attacks. It is also unfair to want to make predictions about the effect of Covid-19 on al-Shabaab because nobody knows what will happen regarding the pandemic dynamics,” she told the Nation.

“But based on past behaviour, al-Shabaab takes advantage of anything ‘useful’, including coronavirus.”

While military force may weaken the group, Noor said Al-Shabaab fighters have traditionally survived on certain conditions and that it is up to authorities to address them and weaken it permanently.

There have been reports of Al-Shabaab infiltrating the federal government and member state governments.

Officials in Somalia, however, say they have weakened that strategy by encouraging defectors into the mainstream society.

Tabitha Mwangi, a consultant on national security, cyber and counter-terrorism, says governments must be careful not to divert all resources to fighting the pandemic.

“Covid-19 has made governments to direct almost all their resources towards healthcare. This makes it easy for groups like Al-Shabaab to thrive,” she said.

Al-Shabaab even set up a Covid-19 committee in Somalia, a strategy it used to draw public sympathy, she says.