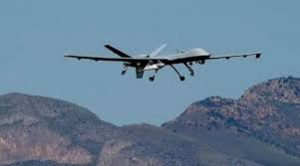 U.S. forces destroyed two al-Shabab compounds and killed at least one terrorist in a military operation in southern Somalia last month, the Pentagon announced according to voanews.com.

U.S. Africa Command (AFRICOM) carried out the attacks in coordination with Somali forces. The two compounds — one in Jamaame and the other in Jilib — were destroyed.

AFRICOM said it took “significant measures” to ensure no civilians were killed or wounded.

“We assess these compounds were used by al-Shabab militants to organize and plan violent terrorist actions against innocent Somali civilians,” said Brig. Gen. Gregory Hadfield, AFRICOM deputy director of intelligence. “Operations to disrupt al-Shabab are needed to deny their ability to expand terrorism outside of Somalia, as we’ve recently seen in Kenya.”

Al-Shabab has been fighting for more than 10 years to set up a strict Islamic state in Somalia. It frequently carries out attacks in neighboring Kenya to retaliate for Kenyan forces entering Somalia in response to cross-border attacks.