You are here: Home / Africa / Somalia: US confident of a much weaker al-Shabaab 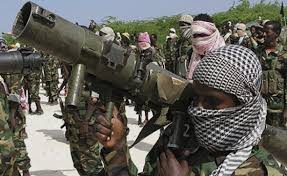 After withdrawing its troops from Somalia, the United States said al-Shabaab’s capability to carry out full-scale attacks in Kenya have been significantly degraded, like reported by theeastafrican.co.ke.

John Godfrey, acting co-ordinator for Counter-Terrorism and acting Special Envoy for the Global Coalition to Defeat ISIS said at a webinar on March 11, that the US in collaboration with Kenya had made progress in thwarting al-Shabaab’s ability to plan and execute attacks on Kenyan soil.

“Besides strengthening the military capacity, we have been able to help Kenya build its judicial capacity to arrest and prosecute terrorists, which is part of civilian measures to fight terror. While the Manda Bay attack was regrettable, it is one of the isolated and diminishing instances,” said Mr Godfrey.

Despite assurance by the US State Department, analysts are concerned that al-Shabaab is using the current lull in attacks against Kenya to recruit local sleeper cells for future attacks.

Al-Shabaab staged a daring attack against Manda Bay camp in Lamu, killing three American servicemen in January 2020. There was speculation that the attack hastened the January 2020 withdrawal of 800 US troops in Somalia, who had been working closely with African Union Mission and the Somalia National Army to set up an elite Somali counterterrorism unit — the Danab Advanced Infantry Brigade.

Last October, former President Donald Trump ordered for the withdrawal of US troops from Somalia in order to fulfil a 2016 campaign promise to bring US soldiers home from places like Afghanistan, Syria, and Germany. The State Department is still guarded on whether the Biden Administration would consider reversing the order and redeploying troops in Somalia as part of its revitalised plan against terrorism in Africa.

The Webinar was organised to discuss the recent developments in US counter-terrorism efforts in Africa, including in the Lake Chad region, Mozambique, and the Democratic Republic of Congo.

It came a day after the State Department designated the Islamic State of Iraq and Syria (Isis), DR Congo and Isis-Mozambique as foreign terrorist organisations under section 219 of the Immigration and Nationality Act. The Department has also designated ISIS-DRC and ISIS-Mozambique as Specially Designated Global Terrorists, while also designating respective leaders of those organisations, Seka Musa Baluku and Abu Yasir Hassan, as SDGTs.