You are here: Home / Africa / Somalia: US airstrikes increasing pressure on Islamist al-Shabab 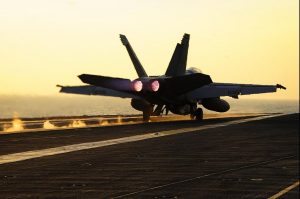 The United States military says its support for the Federal Government of Somalia is making an impact in a year in which the Trump administration increased attacks against al-Shabab militants, like reported by voanews.com.

In 2017, the U.S. conducted at least 34 strike operations against al-Shabab and a militant splinter group supporting the Islamic State, according observers of U.S. military activities against al-Shabab. Last year there were 14 strikes. Thirty-one of the strikes targeted al-Shabab while the other three targeted pro-Islamic State militants in northeastern Puntland region.

Since U.S. President Donald Trump eased combat rules in March and declared parts of Somalia a “war zone,” strike operations conducted by the U.S. have killed more than 155 militants, according to a press statement given by the Africa command.

At least 100 of those were killed November 21 in a single attack on a training camp near Leb-Adde Mountains in Bay region. In addition, in at least three strikes the U.S. said “several” militants were killed but didn’t follow up with specific figures.

In a news briefing by the Africa Command, Commander of U.S. Africa Command General Thomas D. Waldhauser said attacks on al-Shabab and ISIS militants “provide time and space for the gradual development of the Somali National Army, police force and government.”

“The threat from al-Shabab continues to be a serious one, as shown by their deadly attacks killing more than 500 in Mogadishu back in October,” Waldhauser said. “While we are not increasing our presence or assets there, or intentionally escalating strikes, our pressure on the network and information sharing efforts are paying off with an increasing awareness of what the enemy is doing, making our targeting efforts more successful.”

“I believe this will help but this will not eliminate al-Shabab totally,” he told VOA Somali. “In order to finish al-Shabab and eliminate them from the areas they still rule, is to help and rebuild the Somali national army, arm them and provide them with the logistical support they need and military equipment they need.”

A November 3 strike intended for the leader of the pro-Islamic State militants, Abdulkadir Mumin, missed its target, according to Somali regional leaders.

U.S. strikes in 2017 also appear to be targeting vehicles suspected of carrying explosives toward populated cities like Mogadishu.

This month alone, the drone strikes destroyed two vehicle-borne improvised explosive devices in Lower Shabelle, a region where almost all of al-Shabab’s major vehicle bombings are prepared, including the October 14 truck explosion that killed more than 500 civilians. On December 27, the U.S. destroyed one of those vehicles near Mogadishu, killing four militants.

The number of U.S. personnel in Somalia has also increased this year to about 500, according to U.S. media. U.S. military members have been accused of involvement in the deaths of 10 civilians August 25 at a farm near the town of Barire.

Nonetheless, Africa command says protection of civilians is a vital component of their efforts.