You are here: Home / Africa / Somalia: US airstrike on al-Shabaab kills 2 militants 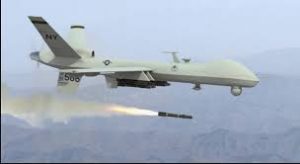 “We currently assess no civilians were killed in this airstrike.”

The U.N. Security Council reauthorized the African Union Mission in Somalia on May 15. It was first launched in 2007 to defend the internationally-backed government against al-Shabaab, and more than 22,000 personnel are deployed on the mission. Africom works with AMISOM on both advise-and-assist missions as well as air support missions to target al-Shabaab’s forces, but has drawn controversy from strikes that have killed civilians.

On May 11, AFRICOM launched a review on a raid after locals near Bulcida claimed civilians had been shot dead in an operation involving two military helicopters and special forces.

Prior to that, an AFRICOM airstrike took out a vehicle-borne improvised explosive device near Jana Cabdalle, although in a statement Africom said no militants or civilians were killed in the process.

The strikes are the latest in an increasing number of U.S. airstrikes against insurgents from al-Shabaab and Abnaa ul-Calipha, Islamic State’s affiliate in Somalia, in recent months.